Boston Scientific (NYSE:BSX – Get Rating) was downgraded by StockNews.com from a “buy” rating to a “hold” rating in a research report issued to clients and investors on Thursday.

Boston Scientific (NYSE:BSX – Get Rating) last posted its quarterly earnings data on Wednesday, February 2nd. The medical equipment provider reported $0.45 earnings per share (EPS) for the quarter, topping the consensus estimate of $0.44 by $0.01. The company had revenue of $3.13 billion for the quarter, compared to the consensus estimate of $3.11 billion. Boston Scientific had a net margin of 8.63% and a return on equity of 14.43%. The business’s revenue was up 15.5% compared to the same quarter last year. During the same quarter in the previous year, the firm posted $0.23 EPS. Equities analysts expect that Boston Scientific will post 1.76 earnings per share for the current year. 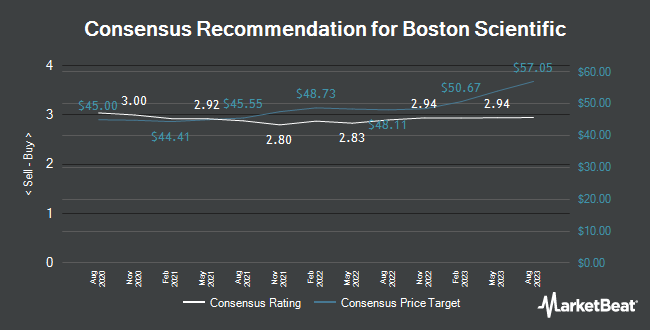